For nearly 40 years, companies in the textile industry have relied on innovative ideas from CTT Group experts to propel their technological innovation projects. 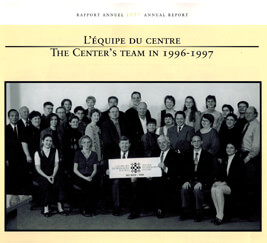 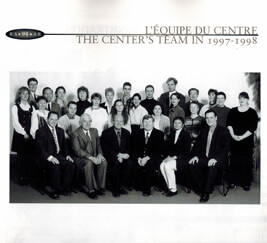 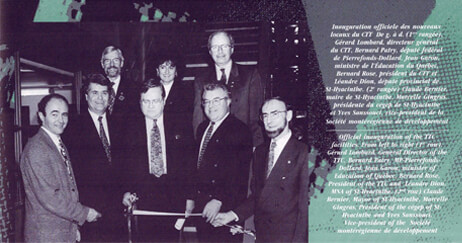 The Textile Technology Centre is moving to its current facility.

Founded in 1983, the Centre des technologies textiles (former name of CTT Group), is a technology transfer centre set up by the Cégep de Saint-Hyacinthe at the request of the ministère de l’Éducation du Québec. Initially, it aimed to provide technical services to the textile and paratextile industry focused primarily on conducting standardized tests.

In 1983, Dr. Camille Laurin, then Minister of Education for Quebec, announces the creation of six specialized centres across Quebec, including the Centre spécialisé des textiles. Associated with the Cégep de Saint-Hyacinthe, the specialized centre becomes responsible for offering applied research services (quality control, control of manufacturing processes, development of textile products with new characteristics), technical assistance (analysis and standardized testing services), information and training. Furthermore, to properly fulfill its function of facilitator in the socio-economic environment, the centre forms a consultation and concensus table, bringing together stakeholders from the textile world.

The Cégep de Saint-Hyacinthe has been offering training in textiles since 1968. And since it was the only establishment to offer such training in Canada, the Cégep joined forces in 1977 with the Centre de recherche industrielle du Québec (CRIQ) to offer the textile and paratextile industry a range of technical services mainly focusing on conducting standardized tests. Cégep de Saint-Hyacinthe continued this path by creating a Textile Test and Development Service (SEDTEX) in 1979 which will then be integrated into the Specialized Textile Centre.

Furthermore, in 1980, the Quebec Ministry of Industry and Commerce launched Protextile, “Le centre québécois de productivité du textile”, then headed by Pierre Cartier and created at the same time as the six other productivity centers for the textile industry in Quebec. In 1986, Protextile merged with the Specialized Textile Centre to form the Textile Technology Centre (TTC), under the direction of Christine Martel.

In 1987, close collaboration took shape with Polytechnique Montréal and resulted in the formation of the Geosynthetic Analysis Service (SAGEOS). In 1992 and for a few years, the Textile Technology Centre partnered equally with the consulting engineering firm SOLMERS (acquired in 2008 by Genivar, which became WSP in 2014) in order to boost SAGEOS.

Gérard Lombard and Ray-Marc Dumoulin replaced Christine Martel as CEOs of TTC, in 1993 and 1995 respectively. In 2000 and until 2019, Jacek Mlynarek became Chairman and CEO of CTT Group. This new name in fact formalizes the merger of the Textile Technology Centre and SAGEOS. CTT Group becomes the sole shareholder in order to be able to unequivocally serve all players, and for the benefit of this flourishing industry in geotextiles, geomembranes and other manufactured products for the civil engineering, environmental and construction sectors, while clearly continuing to serve the textile industry in its multiple markets.

1987
The Cégep de Saint-Hyacinthe, in collaboration with the Society of Textile Graduates (SDT) and with the Textile Technology Centre, establishes the TECHNI-TEX conference to support training and the industry. CTT becomes co-organizer of the second edition of the conference in 1989.

1987
The Textile Technology Centre is ISO 17025 accredited by the Standards Council of Canada, an accreditation it still holds and improves regularly during renewal audits.

1989-1994
Providing the Textile Technology Centre with significant five-year support from the Department of Industry, Science and Technology Canada through the Technology Outreach Program. 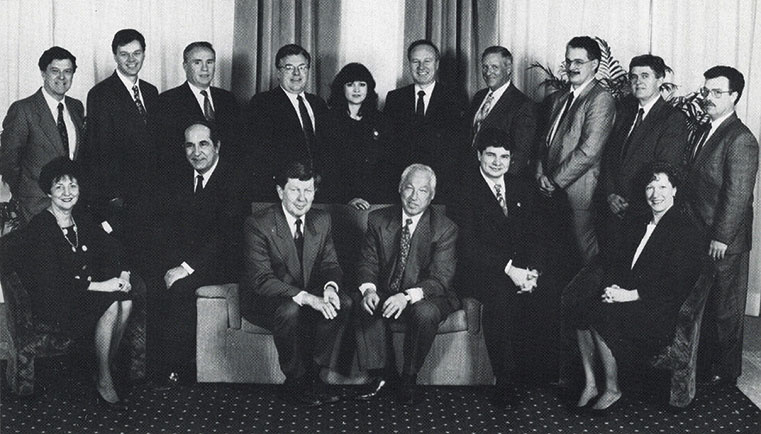 1994
The Textile Technology Centre moves to its current facilities, on Boullé Street in Saint-Hyacinthe, in a new building inaugurated with major contributors in attendance.

1994
First edition of the HIGHTEX conference bringing together the 24th International Canadian Textile Seminar and the TECHNI-TEX conference.

1995-2000
The second five-year grant for Technology Showcase Program from Industry Canada, with the goal of achieving self-financing for the Textile Technology Centre upon completion.

1997
The Textile Technology Centre takes over activities of The Textile Journal.

1999
First grant from the Canada Foundation for Innovation which, in the following year, allows for the expansion of facilities by adding four laboratories. 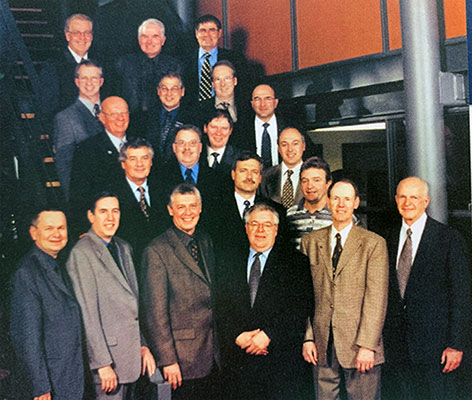 2003
CTT Group establishes a Business Development Services Division, whose mandate is to offer the industry a marketing tool developed in partnership with it to open the door to the development of new products and provide access to new markets.

2004
The 2004 edition of HIGHTEX becomes an important turning point, the event becomes EXPO HIGHTEX when an exhibition component for technical textiles is added. Subsequent editions are held in Montreal.

2005
First edition of the Team Textile Canada mission. Organized by the Business Development Services while CTT Group becomes a major player in supporting the transformation of the textile industry, it is largely affected by the end of the multi-fibre agreement through Industry Canada’s Canadian Textile and Clothing Industries Program (CTIP).

2006
Implementation, in partnership with the Bureau de normalisation du Québec (BNQ), of the geotextile quality certification program, based on the GCTTG 3001-06 specification which, in 2017, becomes BNQ 7009-210: Geotextiles used in road engineering – Classification, characteristics and testing methods.

2007
Fourth status renewal of the Collegial Technology Centre for the CTT Group for a period of 5 years and launch of works on the implementation of the Technological Roadmap for the Canadian Textile Industry.

2008
Launch of the Technology Roadmap for the Canadian Textile Industry. 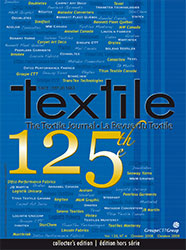 2010
Creation of a directory for the Canadian textile industry.

2011
Expansion of CTT Group’s facilities by adding the Innovative Technical Textiles Pavilion and Organization, in collaboration with the Canadian Police Research Center (CPRC), in the third annual edition of Advanced Workwear Canada, in Toronto.

2012
Installation of the 3D textile research pavilion in leased premises in an industrial district of St-Hyacinthe and associated specialized equipment: a 3D weaving loom, an automated braiding machine, an automated cutting and processing unit, and a sewing unit and assembly of large preforms with complex geometry.

2015
Establishment of the Flammability Laboratory incorporating the Flash Fire Man® instrumented mannequin for the performance evaluation of textiles and protective clothing against instantaneous fires, thanks to financial support from Economic Development Canada for regions in Quebec. 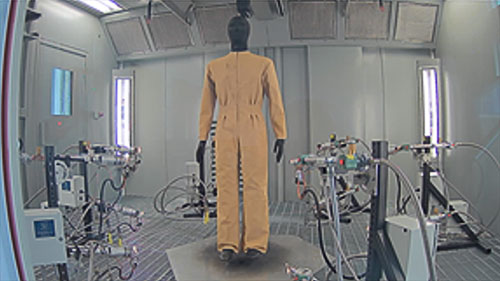 2015
Discontinuation of The Textile Journal activities.

2020
Involvement in development 7 days a week and 14 hours a day for 2 months in collaboration with the local industry of reusable medical PPE, to alleviate the global shortage of disposable PPE due to the COVID-19 pandemic; installation of associated testing equipment.

2021
Online directory of the Canadian Textile industry in partnership with Technitextile Quebec: WEAVE.